In recent months, we have received many worthwhile phones for all types of users for less than 500 euros. However, a segment came a few years ago to stay: the highest-end premium, which is where the new Samsung Galaxy Note fits. After spending a few weeks with it as our leading mobile, we go with our analysis and opinion of the Samsung Galaxy Note 20 Ultra 5G, the highest-end of the two models in which it reaches the market.

As is a tradition in recent years, we already have the new Samsung flagship for the Note family at the end of August. However, the South Korean company is the one that opens the curtain on the launch of premium cell phones in the second half of the year, and it has done it again by launching a massive device in every way.

The latest Samsung Galaxy Note 20 Ultra 5G and Note 20 are two phones that are more focused on a user who needs large screens and will take advantage of the S-Pen, but two terminals at the same time this year are quite different. The Note range, until the arrival of Note 10, had been characterized by having an annual model. Three versions of Note 10 arrived (the two of August 2019 and the subsequent launch of the Note 10 Lite), and now we have two versions of Note 20. The one we tested is the highest-end, the Samsung galaxy notes 20 ultra 5g.

The “normal” one costs 949 euros, and if we pay attention to the characteristics, it seems like a reasonably high price for what is inside. The other is the Samsung galaxy note 20 ultra 5g that we have to analyze, a mobile that starts at about 1,299 euros, which is still a lot but is more justified.

As soon as you open the box, you realize that you are looking at a particular mobile. The enormous black front is the first thing you see, and as soon as you remove the protective plastic and feel the feel of the back, you are grateful that at least this “Mystic Bronze” model has a matte back.

There are three colors for these Samsung Galaxy note 20 ultra 5g, the Mystic White and the Mystic Black, which are elegant, but the finish is shiny glass without texture (which, as you know, is a magnet for fingerprints), and the Mystic Bronze which is, in my opinion, much more elegant and above all more pleasant thanks to the matte finish of the glass.

This touch is very premium, the fingerprints are not noticeable, and we already loved it on phones such as the iPhone 11 Pro, the OnePlus 8 Pro, or the Xiaomi Mi 10 Pro. Although this is subjective, the color palette and finishes give the feeling of being more premium than the Galaxy S20.

Of course, Note 20 Ultra already draws glances in coffee shops when you leave it on the table, but when you turn on the screens, you notice that some extra eyes are watching. I have faced a few times these days, and that does not surprise me if we consider that, after two weeks, it continues to amaze me when I activate the screen.

It is impossible to use the maximum refreshment with the full resolution, something that the OnePlus 8 Pro does allow. For example, due to autonomy issues. As we will see later, the Note 20 Ultra does not have enough battery, and to use QHD + with 120 Hz would be to condemn the terminal to a charge in the middle of the afternoon to be able to reach the end of the day, but we will come to that section.

That is, it is a refresh rate of up to 120 Hz, and if Twitter is programmed to go 120 Hz, it will go at that rate. But if a game goes to 60 Hz, the panel lowers the refresh rate to accommodate 60 Hz. It has theoretical advantages in battery consumption but also in performance and heating. If you don’t need to render 120Hz, you don’t have to, so the SoC suffers less when playing that content.

That refreshment also goes to 1 Hz when we are, for example, in the Always-on Display mode. This always-on display mode is pretty customizable this time around and has that 1Hz per second refresh rate because it’s not displaying moving images.

SoC Exynos 990 and 12 GB of RAM can do it all. Although we still miss the Snapdragon in Europe

And to power that spectacular panel, we have the Samsung SoC. Again, we are not going to regret that we did not have the Snapdragon 865+ in Note 20 Ultra. Because it is a story that does not make sense. In power, the Exynos do not have much to envy the Qualcomm chip. But in consumption, it is another story, so we prefer Qualcomm chips in the Samsung range tops. Millions have been spent on R&D to create their SoC, which is what it touches.

It is the Samsung layer that the South Koreans introduced at the beginning of last year to simplify the experience. And the truth is that little by little; it looks more like what they wanted to leave behind. Nevertheless, it works very smoothly, and Honestly, as an Android user, I feel very comfortable in one.

Galaxy Note 20 New S-Pen and DeX that is not a revolution, but an improvement of what there was

And speaking of the S-Pen, we go with the element that gives ‘meaning’ to the Note. At the iPhone presentation, Steve Jobs asked the rhetorical question, “who wants a stylus.” At that time, touch mobiles went with a ‘little pen. But that was put aside with capacitive screens’ arrival and their better response and higher precision.

Little by little, some companies have recovered the idea of the pencil for both tablets. And mobile phones and Samsung and Apple are the ones that work best on this accessory device. The S-Pen of the Note 20 Ultra allows us to draw, write, and control the device as if it were our finger. But in this model, the S-Pen has been renewed.

While in the previous generation and the standard Note 20, we have an S-Pen with a latency of 23 milliseconds. Note 20 Ultra has a new S-Pen with a delay of 9 milliseconds. In the presentation, Samsung told us it is like writing on paper. And, although without coming so high, the truth is that there is an improvement.

Galaxy Note 20 cameras are more consistent than the S20 Ultra and with spectacular video recording.

DeX and the S-Pen may not be the main reasons to buy a phone, but the cameras are. The specs show that Samsung has taken the cameras from the S20 Ultra and placed them on the Note 20 Ultra. But there are some differences in both hardware and software.

The S20 Ultra section was everything for everything. One hundred eight megapixels, 8K video, 100x digital zoom that was impractical … and here they have taken a little step back. Yes, we still have a 108-megapixel camera and the possibility of recording at 8K. But the zoom remains at a more usable 50x (now we show you in practice how it is). And in software improvements for video mode that are very interesting.

If we start with the hardware, we have one less camera than in the S20 Ultra. The 0.3-megapixel ToF sensor is replaced by a laser focus sensor that works like lightning. It is the fastest focusing system I have ever tested on mobile. It is noticeable in the photographs and the video even at 8K (although it shines the most in 4K / 1,080p).

In other mobiles with 108 megapixels (such as the Mi 10 Pro, which has the Samsung sensor). Groups of 2×2 pixels are grouped that allow us to shoot at 27 megapixels. However, Samsung has a technology that clusters 3×3 pixels, which gives us those 12 megapixels—resulting in a pixel size of 2.4 µm instead of the 0.8 µm we would have when shooting at full resolution.

Outdoors, the 108-megapixel sensor works great to photograph monuments. But if you want the highest optical quality, you better shoot at 12 Mpx.

So far, nearly everything in the Note 20 Ultra review was positive, exciting, and sound. We just reached the point where we were least excited about the terminal. And the battery is once again the weak point of this terminal.

We have a 4,500 mAh battery that, as we imagined after the presentation of the terminal. This would have given more play if it went to 5,000 mAh. We are no longer asking for 6,000 mAh as some mobiles have (the ROG Phone 3, for example). But with 5,000 mAh, We could get more comfortable using what is not very intensive at the end of the day.

One of the best things these months are leaving us is that, finally, all manufacturers pay attention to sound. They have learned that having the highest volume adds nothing if it squeaks. As a result, many have lowered the speakers’ decibels and focused on creating a great listening experience in mono and stereo systems. 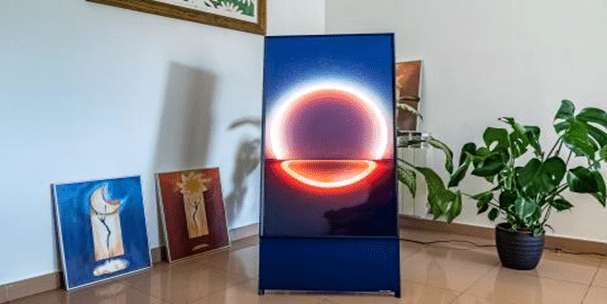