In early June, Apple introduced its most expensive products: an Apple Mac Pro tower and a Pro Display XDR monitor. The price of both devices exceeds $ 5,000. However, the company believes that potential customers can disburse a little more. On the patented Pro Stand support for the new monitor, only the lazy did not write; Still, the accessory price is fabulous at $ 1,000. It was known that Apple wanted to make money with Mac Pro tower sales.
The maximum computer estimated configuration is $ 52,750. It is more expensive than the new Tesla all-wheel-drive truck. However, the high-end Apple Mac Pro tower has something in common with an electric car: four wheels worth $ 400.

The price of this indicated “update” is in the Apple configurator. If you click on the tab titled “Do I need wheels for my Mac Pro?”, The company will explain that the additional $ 400 will make the computer a little easier to move and eliminate the need to lift it. Given the weight of 18 kg, it is an advantageous option. Besides, the maximum Mac Pro configuration offers a 28-core Intel Xeon processor, 1.5 TB of ECC RAM, an 8 TB SSD, and two AMD Radeon Pro Vega II Duo graphics cards with 64 GB of HBM2 memory each. In the United States, Apple Mac Pro and Pro XDR sales began yesterday.

Apple is working on an optical keyboard for MacBook.

One of the main problems of the latest MacBooks was an unreliable keyboard that used the Butterfly mechanism; Over time, it clogged with dust and failed. Although Apple has returned the time-tested scissor mechanism to the MacBook Pro 16, the company is working on a new technology to avoid user concerns. In the summer, Apple representatives applied for a patent that describes how the MacBook’s optical keyboard works. In contrast to the traditional scissor keyboard, the pressure is not recorded by force but by the interruption of the light beam.

Since the components have no mechanical impact on each other, they should be as reliable as possible. Last week, Apple extended the patent, so work in this direction can continue. That is not the only curious development of the company regarding keyboards on laptops. At the end of January, Apple patented a console whose top was made of a single layer of glass with bumps under the keys. Below is a screen that shows the keyboard layout.

The absence of spaces and mechanical elements should significantly increase reliability. The system determines the pressing force when the operator presses a key and gives a tactile response. Comparable to that obtained from a classic keyboard.
Apple already uses this method in the touch panels of the latest MacBooks. They are equipped with Force Touch and Taptic Engine technologies that simulate mechanical pressure.
The precise boundaries between the keys and the feedback will make the keyboard as comfortable as traditional solutions. At the same time, the location for different markets will be more pleasing since the design is displayed on the screen under the glass and can be easily changed. Besides, the entire glass area will function as a large touch panel. The user can slide his finger over the keys and move the cursor.

The iFixit repair specialist removed the new MacBook Pro 16 to examine its design. The review underwent a new keyboard mechanism, cooling system, and other components of the laptop.
According to experts, the most significant change was the temperature control system that eliminates heat from the processor, video card, and battery. It includes two new fans and larger radiator grilles, given the problems with heating and acceleration in the MacBook Pro 15 based on Intel Core i7 and i9. This innovation was practical.

As for the updated keyboard, it received a scissor mechanism instead of the notorious «butterfly.» It turned out that the design of the keys was similar to that used in Apple laptops until 2015. With the launch of the MacBook 12, the company switched to the “butterfly” mechanism. Unfortunately, users immediately criticized it for its fragility. And although it was finalized in a recent MacBook Pro update, this did not completely solve the problem.
However, not all news is good. Like all recent Apple laptops, the MacBook Pro 16 is complicated to fix. Many internal components were welded, which will not allow an update either. Recall that MacBook Pro 16 has become the most massive laptop in the company’s current line. The resolution of the 16-inch matrix is ​​3072 × 1920, and the pixel density is 226 PPI. The maximum brightness is 500 nits and supports the P3 color gamut.

Inside, the 9th generation Intel Core i7 / i9 processors have 16 GB of DDR4 RAM. And 512 GB / ½ / 4/8 TB of installed permanent SSD. AMD Radeon Pro 5300M or Radeon Pro 5500M graphics cards with 4 GB of GDDR6 video memory are responsible for graphics. In addition to them, an integrated installed Intel UHD Graphics 630. You can also connect an external card to one of the four USB-C Thunderbolt 3 connectors.
The laptop retained the touch bar on the touch panel, but now the Escape button is physical. And the Touch ID scanner moves to a separate area. Besides, the MacBook Pro 16 is compatible with Bluetooth 5.0 and Wi-Fi 802.11ac. And it is also equipped with louder speakers, noise-canceling microphones, and a battery that lasts 11 hours of video playback. A new included 96-watt USB-C charger. 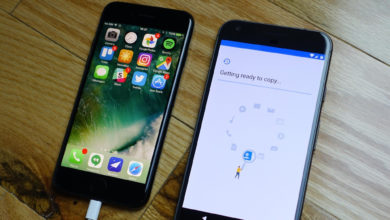 How to transfer data from android to iPhone 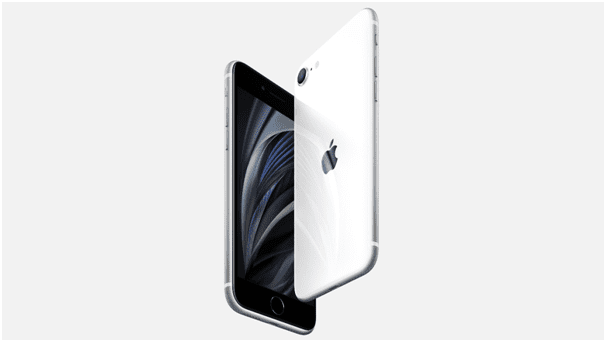 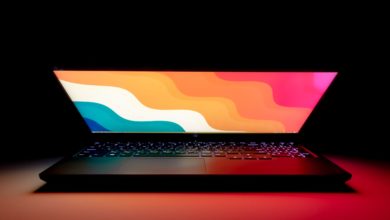